A Study of Middle length Discourses from Tipitaka 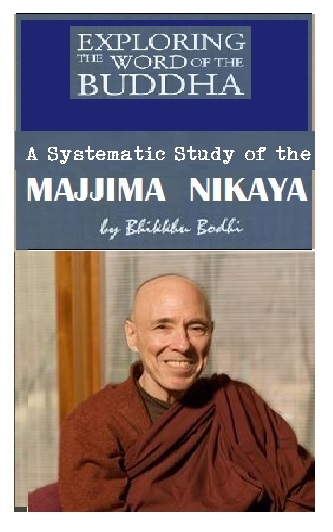 A Study of Middle length Discourses from Tipitaka

An Exposition of most important selection of Suttas in the Middle Length Discourses as a basis of Studying the Doctrine of Buddhas Teaching, done by the American born Bhikku Bodhi.

After completing his university studies he traveled to Sri Lanka, where he received novice ordination in 1972 and full ordination in 1973, both under the leading Sri Lankan scholar-monk, Ven. Balangoda Ananda Maitreya (1896-1998).

From 1984 to 2002 he was the editor for the Buddhist Publication Society in Kandy,  He lived for ten years with the senior German monk, Ven. Nyanaponika Thera (1901-1994), at the Forest Hermitage.

Other recordings on Archive

Uploaded by Ranjith The Dhamma Seeker on October 14, 2013